A: GISHWHES. This easily pronounceable word stands for the Greatest International Scavenger Hunt the World Has Ever Seen. It is a spectacular mind-blowing artistic Global Scavenger Hunt led by actor Misha Collins. Last year, everyone who participated broke a Guinness World Record and the winning team (and 3 randomly chosen participants!) joined Misha for a romantic spaghetti dinner in Rome, Italy. Many of the participants claimed it was a life-changing experience that pulled them out of their shell and completely changed their outlook on life.

A: You need a camera, access to the internet, and the desire to be part of an amazing global community. As part of a global team (which you form or which we group you in if you don't want to form a team yourself), we post a list of items and you go scavenge (photograph) them and then upload links to them on our website. There are some items that you need to find, and others that you create. Accordingly, a team can be comprised of individuals who love to get out there and mix it up in the world as well as those that are more comfortable in their own house "creating items". That being said, we received hundreds of thank-you's last year from people that "came out of their shell" by participating in GISHWHES. You will for sure gain new friends (online and offline), become much more creative, more outgoing, and likely never look at food the same way again. You also might get the chance to join Misha in a Wicked Slumber Party and Ghost Hunt in a Haunted Castle in Scotland...

The Winning Team went to Rome with Misha last year! What about this year's Grand Prize?

A: We'll be flying the winning team (and depending on the registration fees, at least 1 randomly selected participant) to join Misha Collins for a Wicked Slumber Party in a Private Haunted Castle in Scotland.

When does this spectacular Hunt that I want to join begin?

A: It will be around Halloween (end of October) for several days (shorter than last year's Hunt). We are not permitted to give exact dates until registration opens as this involves one of the items.

Great. Let's do this! How do I register?

A: Not yet. Goto www.gishwhes2012.com to see the countdown clock for when registration launches.

I'm currently a little low in the "Friends who like crazy scavenger hunts" department. Can I join the Hunt as an individual?

A: Yes! We will group you with an amazing global team. Many of our participants last year joined as individuals and had an amazing time!

I have MANY crazy friends! Can I form a Team?

Yes! They will be teams of 15 to increase your item scavenging abilities - so start finding teammates! Many people last year invited their friends on Facebook, Tumblr, LiveJournal, and Twitter and quickly created teams. Team names can only be 1 word.

Do my Teammates have to live in the same city, state, country, continent, or planet?

A: No! They can live anywhere. That's part of the fun! In fact, if they live on the opposite side of the planet they can be scavenging while you're sleeping. A 24/7 team!

What if I have fewer than 15 friends who want to do this?

A: Between the (at least 2 of you) you can find enough cohorts! You have a few weeks: email friends, invite them on Facebook, go to LiveJournal, Twitter, and Tumblr "GISHWHES" tagged pages. But don't worry, by the time the Hunt begins we'll all help each other to reach 15.

Will GISHWHES cost anything to participate?

A: GISHWHES charges a participant fee on a sliding scale that helps pay for our amazing grand prize and web/adminy stuff with some of the proceeds going to Random Acts (Misha's global charity). The amounts will be listed on the registration page. 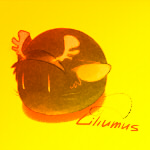 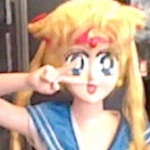 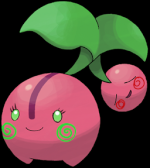